Books I love and Remember

Books I love and Remember

I bought my first book with my own money when I was six at the Sage store (It was an early Costco type membership store.) on the Gulf Freeway in Houston.  It was Put Me in the Zoo by Robert Lopshire. Since it is still in print I must know how to choose them.
In about the fourth Grade I was the first person to get to read a Wrinkle in Time by Madeleine L'Engle from our school Library. I still love it.
On Vacation in the summer following the fifth grade I read Tolkien’s Hobbit and couldn’t wait to get my hands on the trilogy. I spent way too much time in middle school reading and rereading The Lord of The Rings. (Okay maybe in High School also.)

For Middle School and High School we had a fairly standard classical list of required reading. Among those I remember:
Turn Of the Screw
The Scarlet Letter
Red Badge of Courage
Animal Farm
Of Mice and Men
Robinson Crusoe 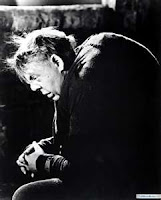 Treasure Island
Lost Horizons  (This is still a favorite for a late night read.)
Other Favorite that also made great movies include:
Hunchback of Notre Dame
Count of Monte Cristo
Man in the Iron Mask
The Scarlet Pimpernel 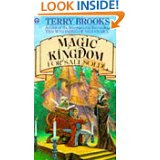 My favorite though is Mary Shelley’s Frankenstein because it is such a deep story of the relationship between Creature and Creator which is such a contrast to the B Grade movie character we think of when we think of Frankenstein.
Current Authors who I like include:
Terry Brooks for fantasy fiction.
Stephen King when I want a good scary read.
Suzanne Collins The Hunger Games Series
Lisa Yee who is a great writer and speaker
And of course mysteries by Leslie Meier